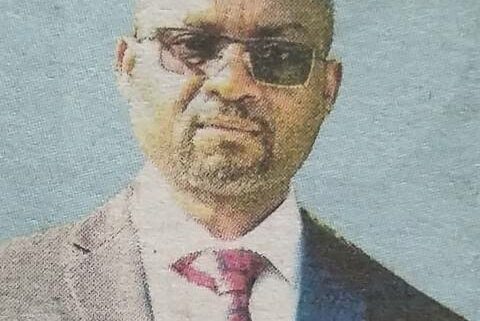 It is with profound sorrow and humble acceptance of God’s will that we announce the untimely death of Enock Kerabu Nyakundi on 21st October 2022 after short illness.

Husband to Vane Kemunto, father to Celline, Rehema and Raphael.

Uncle to: Denzel, Eavian and Eagan.

Family and friends are meeting daily at his residence at Laiser Hill Ongata Rongai and Nyansiongo settlement – Esaka.

There will be a fundraising on Sunday, 6th November 2022 at Laiser Hill SDA Church from 3.00pm.

The cortege leaves Umash funeral home on 11th November 2022 for burial at his residence in Ongata Rongai, Tuala-Ngurunga Junction on the same day.