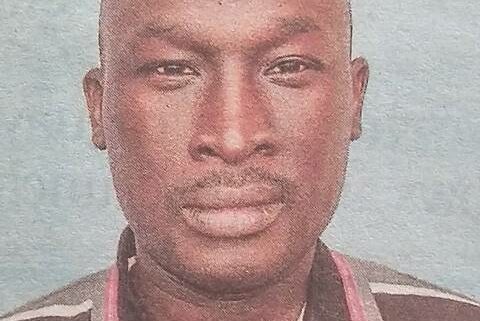 It is with deep sorrow that we announce the death of Mr. Eric Nyankieya Aondo which occurred on 15th November 2022 through a tragic accident. Until his demise, Aondo worked with the Youth Enterprise Development Fund at the Nyamira County Office.

Family, friends and relatives are meeting daily at his residence at Riensune Village Borabu from 5.00pm.

The cortege will leave Kisii Teaching and Referral Hospital on Thursday, 1st December 2022 at 12.00pm followed by the burial on Friday, 2nd December 2022 at his home in Riensune Village, Nyansiongo Location, Borabu Sub-County, Nyamira County.