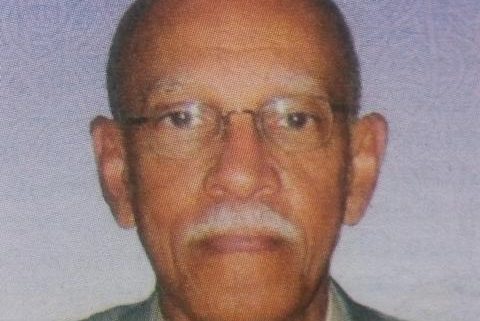 It is with deep sadness that we announce the passing of our dear father, Erwin Eustace Chamberlain Ross Brewster, aged 79, in West Palm Beach, Florida on January 6th, 2019.

Erwin attended high school at Queen’s College, Georgetown, Guyana, 1948-1957. He received his LL.B (Honours) law degree from Kings College, University of Durham, England in 1966 and a Diploma in Advanced Legal Education from the University of Newcastle-upon-Tyne, England in 1967. He was called to the Bar at Lincoln’s Inn, UK in 1968, admitted to the Bar of Guyana in 1968 and to the New York State Bar Association in 1990.

Erwin retired in 2005 from the American Life Insurance Company (ALICO) where he served as Regional Attorney and Chief Operating Officer for the – Caribbean Region and later, Managing Director for ALICO Kenya.

Erwin is known for his keen intellect, generous spirit and devotion to his wife and children. He was an avid poet and took great pride in researching and publishing his family genealogy, with related stories and achievements, dating back to the early 16th century. Among his other recent publications are: Finance for Small and Medium-sized Enterprises in the Caribbean, Commonwealth Secretariat, London, 2006; Jonestown Remembered and Other Shorter Tragedies, Lidice Publishing, Atlanta, 2016; Who’s Who in British Guiana, 1945 to 1948, Lulu Publishing, North Carolina, 201 7