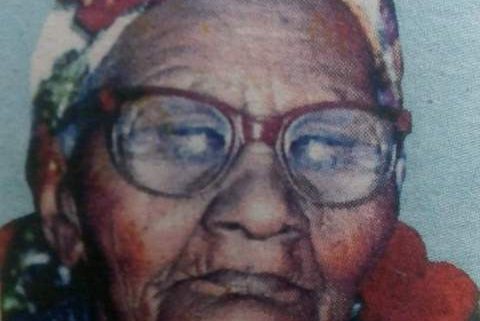 It is with humble acceptance of God’s will that we announce the death of Esther Mumbua Munyweia which occurred on the 29th October 2018 at her home in Tala. She died in sleep at an age of 110 years.

Families and friends are meeting at her home in Tala for burial preparation.

The cortege will leave Lee funeral home on the 5th November 2018 for burial at her home in Tala, Machakos County.

Wa Sethi Koma na uvoo. Our heroine, veteran, role model and the family jewel. Hugs and kisses from the Mulimi’s as you continue soaring!