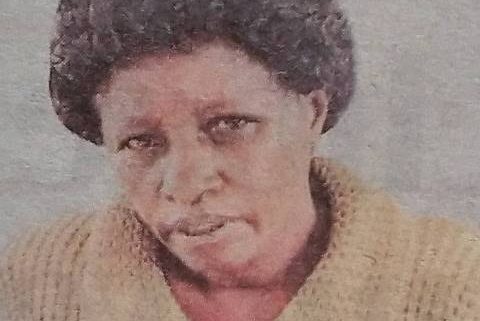 It is with deep sorrow and humble acceptance of God’s will that, we announce the passing on of Esther Wairimu Kamau (Mama Muthoni) on Thursday, 29th September, 2022.

Family and friends are meeting daily at her home in Lower Kabete (Kahinga-ini village) from 4.00pm for prayers and burial arrangements.

The cortege will depart from St. Teresa Hospital Mortuary, Kikuyu on Friday, 7th October 2022 at 8.00a.m. The Funeral service will be held on the same day at ACK St. John Ndongoro next to Ndongoro Primary School in Lower Kabete starting at 10.00a.m. The final rites will take place at her home in Kahinga-ini Village, Ndongoro.