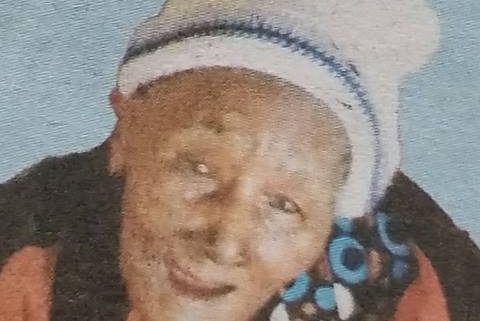 It is with profound sorrow and humble acceptance of God’s will that we announce the passing on of Esther Wamaitha Waweru, which occurred at her home on 18/07/2022.

Family and friends are meeting daily for prayers and burial arrangement at Heni Village, South Kinangop from 3:00pm.

The cortege leaves Jamani Funeral Home – Naivasha on Monday 25/07/2022, at 7:00am. Funeral service will take place at her farm in Heni village, South Kinangop, Nyandarua County.