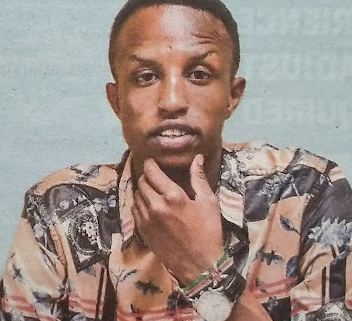 It is with the humble acceptance of God’s will that we announce the sudden passing on of Engineer Eugene Kiplagat Kosgei (Kipu) which occurred on 6th April, 2022 at Coptic Hospital Nairobi after a short illness.

Kipu was a loving brother to Valentine Chepkoech, Venessa Chebichii and Gift Chemutai.

The cortege will leave Coptic Hospital Funeral Home on 15th April, 2022 at 9am for his home Nakuru. A requiem Mass will be held at ACK St. Barnabas Baraka Nakuru at 3pm.

Funeral Service will be on 16th April, 2022 at Arap Chumo Estate Nakuru and thereafter his body will be interred at his final resting place at his Home.

JOHN 11:25 — Jesus said to her; I am the resurrection and the life. The one who believes in me will leave, even though they die. Dance with the Angels Kipu Untill we meet again…