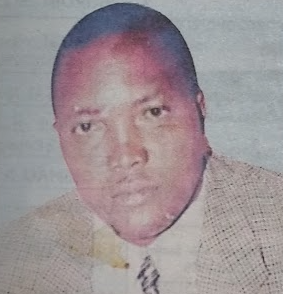 We regret to announce the death of Evans Gikenyi Ondara which occurred on 14th March, 2022 at Pandya Memorial Hospital – Mombasa.

The body is preserved at Star Hospital – Kisumu – and is scheduled for removal on Thursday, 7th April, 2022 and burial will be held on Friday, 8th April, 2022 at Nyagemi village, Masimba, Kisii County.