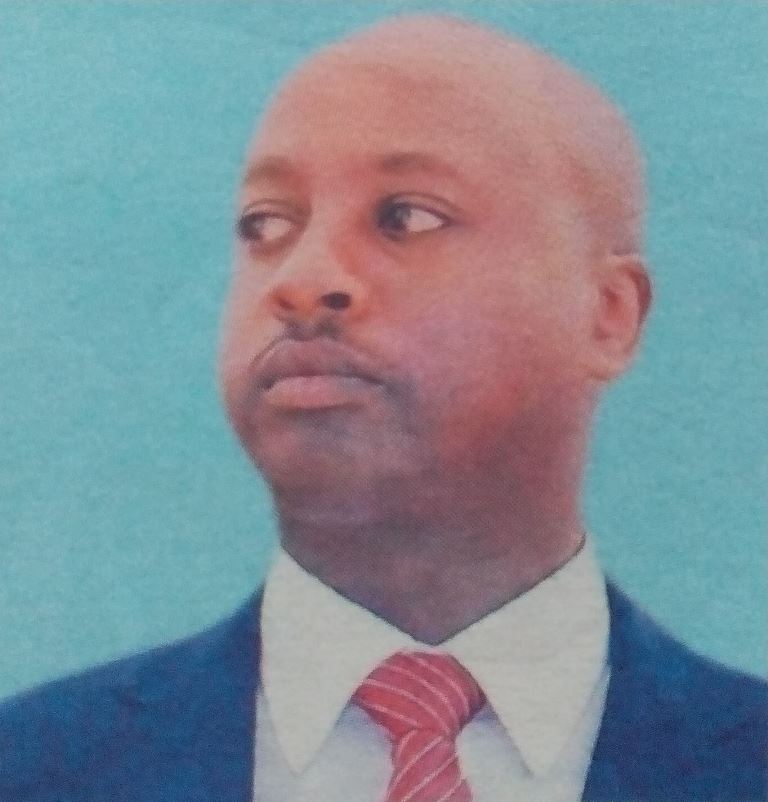 It is with profound sadness and humble acceptance of God’s will that we announce the sudden and untimely death of Evans Mutwiri Manyara (Murute) of Kenya Revenue Authority, which occurred at Nairobi Hospital on 2nd August 2017.

Friends and Family are meeting daily at Nairobi Club and at home in Meru. The cortege will leave Montezuma Funeral Home at 6.00am on Thursday, 10th of August 2017 for his rural home in Gakuriine Village, Meru County, and the funeral service will be held from 11.00am. Contributions are welcomed via Mpesa pay-bill no 954047 in the name Evans Manyara Funeral Fund.