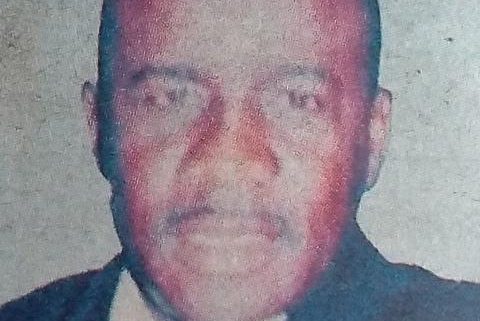 It is with deep sorrow and humble acceptance of God’s will that we announce the promotion to glory of Evans Wanyonyi Wafula, formerly under Secretary Ministry of Interior and Coordination of National Government on 3rd October, 2022 after a short illness at The Agha Khan Hospital – Kisumu.

Nephew to the late Sarapayi, the late Aggrey, Alice, Loice, among others.

Friends and relatives are meeting at home Plot no. 329, Kiminini Scheme, Tabani RC School. Harambee to help settle hospital bill and defray funeral expenses was held on 19th October, 2022 at his Tabani home.

The cortege will leave Aga Khan Hospital Mortuary on 21st October, 2022 for his home. The Funeral service and burial will be held on 22nd October, 2022 at his home in Tabani RC, Plot no. 329, Kiminini Scheme.

Evans we loved you but God loved you more. May God rest his soul in eternal peace.