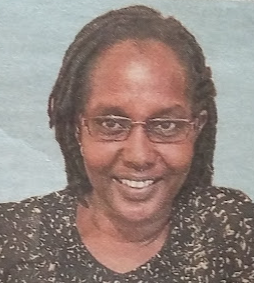 It is with immense sorrow that we announce the promotion to glory of Florence Chepkemoi Garoli on March 4th, 2022.

Daughter of the Late Zachariah Rob and the Late Sarah Rob of Sotik, Bomet County.

Step-sister to Emmy, Roselyn, the Late Charles, Leonard, the Late Julius, Joyce, Irene, Florence, Benard and Willy. A dear cousin, aunty and friend to many.

The funeral service will be on Saturday, 12th March 2022, 12:30 p.m at CITAM, Embakasi, followed by Committal Service in Utawala, Nairobi.