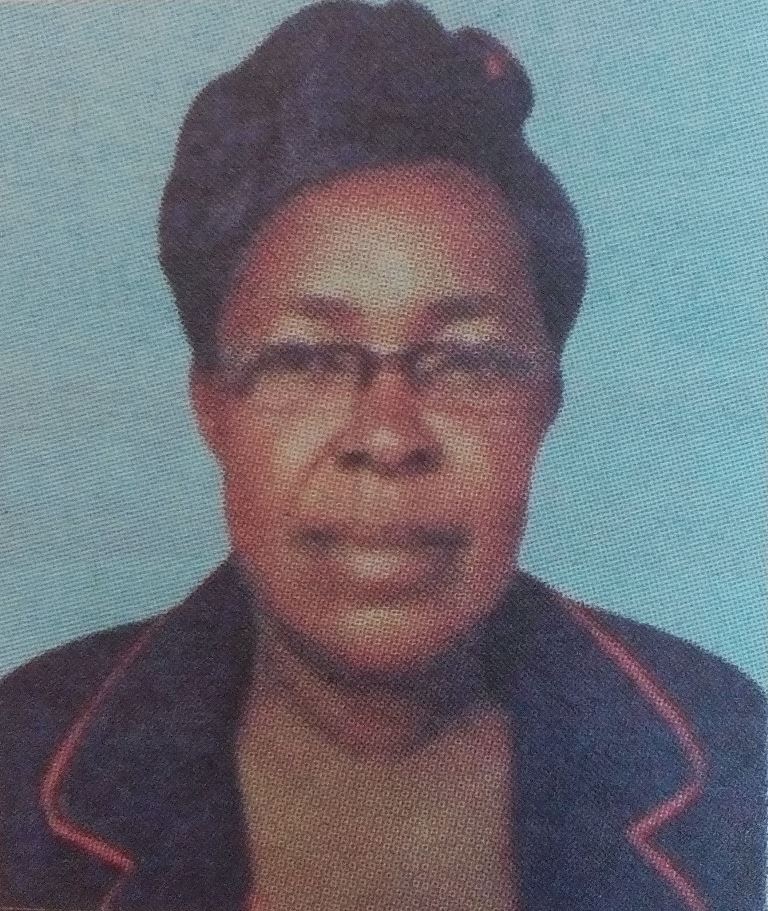 It is with humble acceptance of God’s will that we announce the home going of Florence Nzuna Mutua which occurred on Friday September 1, 2017 at Komarok Modern Hospital.

Beloved mother of Maureen Mutheu. Daughter of the late David Mutua and Tabitha Ngilu Mutua. Sister of the late Mumangi, Agnes Kilolo, Joseph, Gideon, Kanyolo, the late Mutemi, Mary and Kivau. Mother-in-law of Jacob Mutisya. Cousin of many. Aunt of Bernadette Kanini Kithuka of KRA among others.

Family and friends are meeting daily from 5.30pm at Tumaini Hse, opp Kencorn. Major fundraising will be held on Thursday September 7, 2017 at the same venue to offset hospital and funeral expenses.

The cortege leaves K.U Funeral Home on Saturday September 9, 2017 at 7a.m for a funeral service at her home in Kaliluni Village, Kitui County.

We shall miss you forever; rest in comfort and perfect peace.