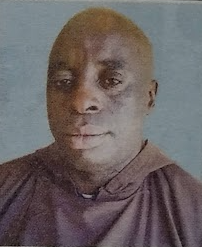 It is with humble acceptance of God’s will that the Capuchin Franciscan Friars in Kenya announce the Transitus of their brother, Fr. Calistus Wafula Simiyu.

Fr. Calistus was born in 1973 to Mwalimu Benedict Simiyu and Mama Sabina Nafula.

He Joined the Capuchins in 2000 and made his first religious profession in 2003.

In 2009 he made his perpetual commitment to God to live in Poverty, Chastity and Obedience after the poor man of Assisi, Saint Francis.

After his priestly formation, he was ordained a priest in 2010 and assigned the task of forming junior brothers at Umoja Formation House at Mpeketoni in Lamu County where he remained until 2013.

Thereafter, he served as the community bursar of Saint Padre Pio Formation House at Lang’ata in Nairobi County until 2015.

In September of 2015, he was made the Father-in-Charge of Saint Padre Pio Catholic Parish – Telanet in Kericho Catholic Diocese where he served the people of God diligently until his demise occasioned by a grisly road accident along Eldoret – Kericho highway on Friday, 25th March, 2022 at around 2:00 pm and the following day, Saturday, 26th March, 2022 at around 3:00 pm he was called back to his Maker.

The funeral Mass will take place on Friday, 1st April, 2022 at St.Austin Catholic Church, Msongari, starting at 9:30 am and he burial will follow at the clergy cemetery at St. Mary’s.

“It is in dying that we are born to eternal life.Amen” St Francis of Assisi