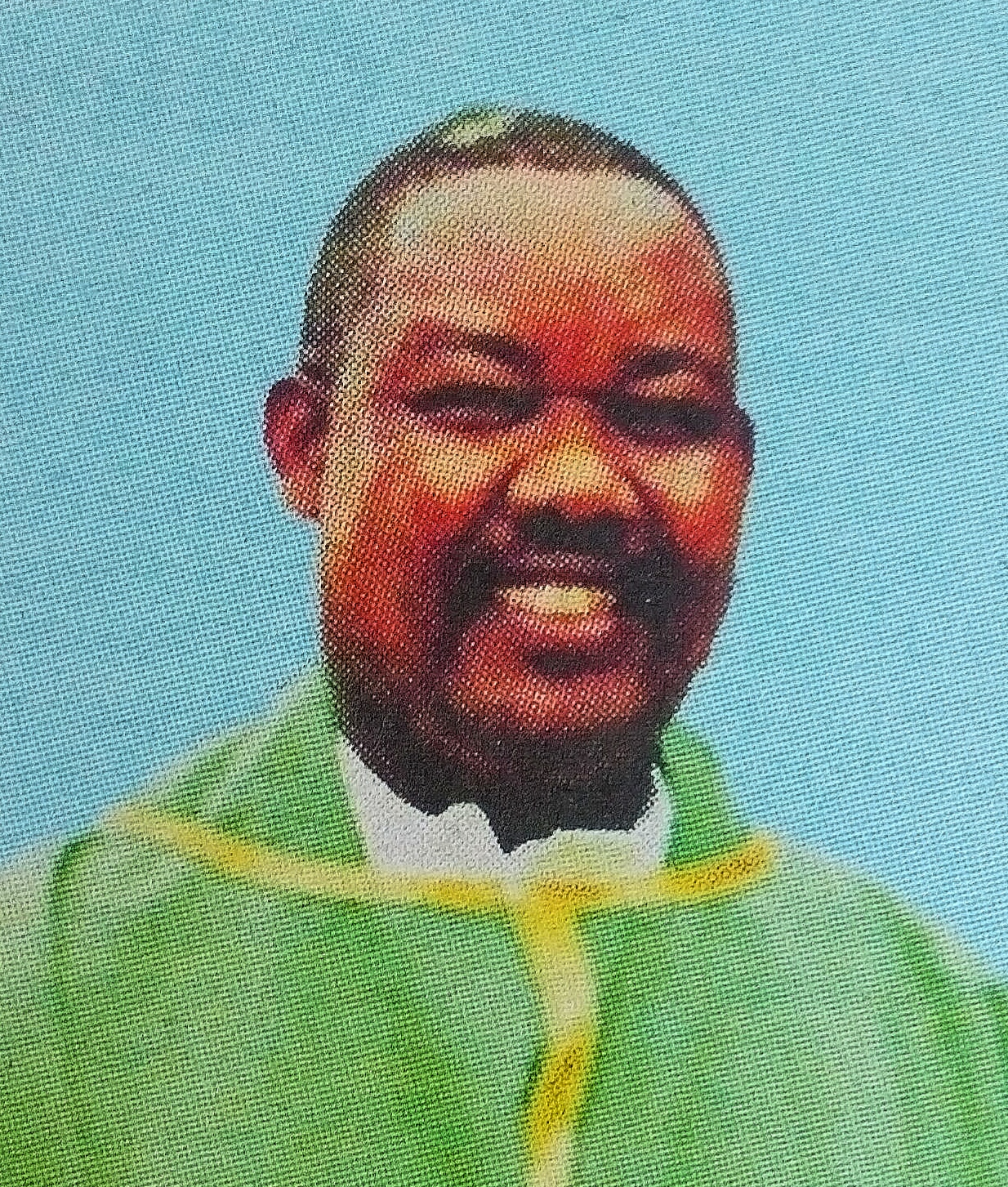 It is with humble acceptance of God’s will
that the Diocese of Kitui and the diocese of Ngong announce the passing on of Fr. Justus Mainga Ndundya which occurred on 16/8/2017.Third born of the late Musee Muisyo and the late Juliana . Ndundya. Brother to Maria Syengo, Stephen Musili, Justus Kakundi and
the late Felistus Kavata. He is cousin to
Fr. Dominic Nzoka of Kitui among others. Requiem Mass will be at St. joseph’s Cathedral,Ngong on 22nd August 2017 at 9.30am and later Vigil Mass at Our Lady of Africa Cathedral, Kitui at 8. 00pm. Funeral Mass will be on 23/8/2017 at Our Lady of Africa Cathedral Kitui at 9:00am and thereafter burial at Mutune cemetery Kitui.