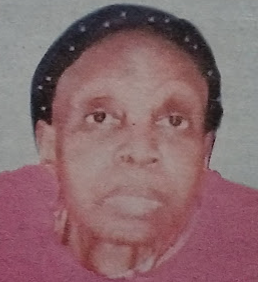 It is with humble acceptance of God’s will that we announce the passing on of Ms. Gail Florence Achieng’ Guya of Timolands Guest House – Nairobi.

Friends and Family are meeting daily from 6.00pm at Timolands Guest House for prayers and funeral arrangements.

The requiem will be held thereafter at the Chapel. There will be an overnight vigil at her parents’ home.

The burial ceremony will be held on Friday I11th March, 2022 in Kopere, Songoh, Kisumu County, to be presided over by the Pastor In-charge AIC Daraja Mbili Local church Chemelil DCC.

Precious in the sight of the Lord is the death of His faithful servants. Psalms 116:15