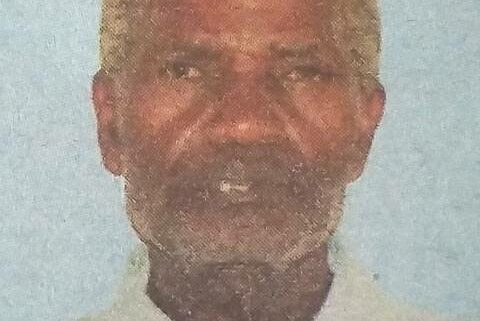 The Family wishes to announce the death of George Ayimbo Sichenga which occurred on Thursday, 12th January 2023 after battling colon cancer.

Father-in-law to Peris Wangui, Sheila Koloo, Monica Amwayi and Joy Murugi. The late Mzee was an uncle and dear friend to many.

Family and friends are meeting at his rural home in Epang’a Village daily from 4:00pm for prayers and funeral arrangements.

The cortege leaves Avenue Hospital Mortuary, Kisumu on Friday, 20th January 2023 at 10:00am. The funeral service will be conducted at Epang’a Primary School from 8:00am and thereafter the burial will take place at his rural home in Epang’a Village.