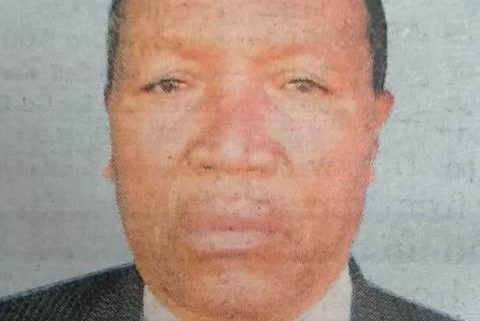 It is with humble acceptance of God’s will that we announce the demise of Mr. George Kamau Mwenda of Kiamagutu Village, Kamuchege Location, Kiambu County which occurred on 29th August 2022 after a short illness.

Friends and relatives are meeting daily for prayers and funeral arrangement at his home in Kiamagutu village, Kamuchege, Kiambu County.

The cortege leaves Mukoe Funeral Home in Githunguri on Tuesday 6th September 2022 at 9.00 a.m. There after the funeral service and interment will be at his farm.

John 6:39 “And this is the will of him who sent me, that I shall lose none of all those he has given me, but raise them up at the last day.”