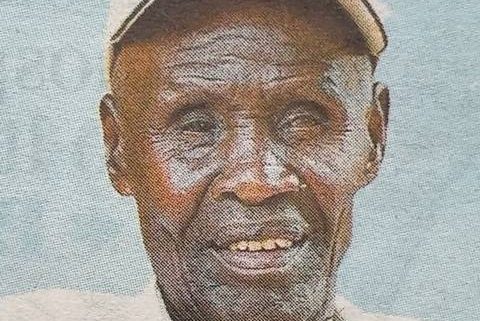 It is with deep sorrow that we announce the death of George Katungi Maingi which occurred on 3rd May 2022.

He was the loving husband to Damaris Katungi of Mamole Village, Makusya Sub-location Kitui County. He was brother to the late Mwongela and late Muluki. He was father to Benjamin (late), Juliana, Peninah, Ben Katungi (Waziri Kiwi County) Victor,

The cortege leaves Umash Funeral Home for burial at his rural home in Mamole village, Yatta, Kitui on 14th May 2022.