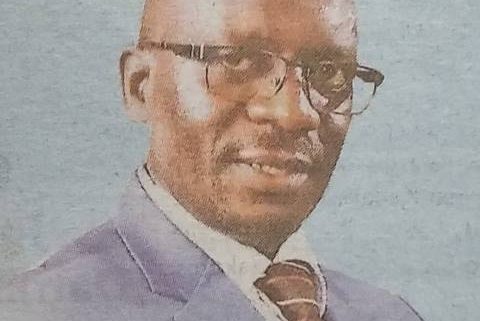 We regret to announce the sudden death of George Onyango Paul Otieno which occurred on 31st July 2022. Until his death George was serving as a Principal Accountant at the Ministry of Foreign Affairs.

A dear brother to the late Tom and Steve, Duncan of Hill Park Hotel, Fred of Opapo, Jack and Ken. Step-brother to the late Jane, Pamella and Bellia, Patrick of Bomata Printers, Dolly of Mombasa, Tina of USA, Lilian of Oyugis, the late Ben, Erick of Jaffery Academy,Trizah, Mercy, Quinter, Brenda of USA, Tyson of KU, Emilly, Geoffrey, Justus and Maxwell.

The cortege leaves Montenzuma Funeral Home on August 18th 2022 for burial at his home in Opapo, Rongo, Migori County. He will be laid to rest on 19th August 2022.

Friends and relatives are meeting daily at his home in Athi River for funeral arrangements.