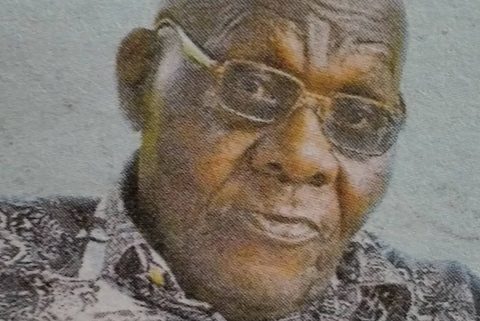 It is with humble acceptance of God’s will that we announce the death of ex-commissioner of customs Kenya (East African Community) Mr. Gideon Shikanda Masingila which occurred on 18th June 2022.

Meetings are being held daily at his homes in Burendwa and Maraba.

The burial will be held at his home in Burendwa Village, lkolomani, Kakamega county on 2nd July 2022 starting at 8.00am.

In God’s hands you rest, in our hearts your memories will live forever. Rest in Peace.