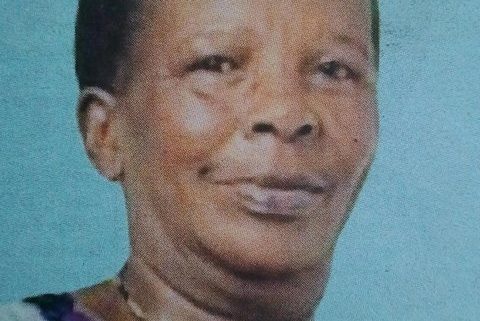 It is with humble acceptance of God’s will that we announce the passing on of Grace Akinyi Asembo, wife to the late Patrick Bwire Asembo.

There will be a fundraising on the 29th September 2019 at her residence in Kaloleni C, Nakuru at 2pm.

There will also be a meeting for friends, family and well-wishers held in Nairobi on the 01st October 2019 at 3Dee Apartments on Elgeyo Marakwet Road, from 5pm onwards.

The cortege leaves Umash Funeral Home Nakuru on the 03rd October 2019 and will proceed to Hekima Parish for a requiem mass and thereafter for an overnight stay at her residence in Kaloleni C Estate.

On the 04th October 2019, the body will leave for her matrimonial home. Burial will take place on the 05th October 2019 in Bukhwanga Village, Magombe Central Sub-location, Bunyala Central Location, Budalangi.

In God’s hands you rest, In our hearts you remain forever