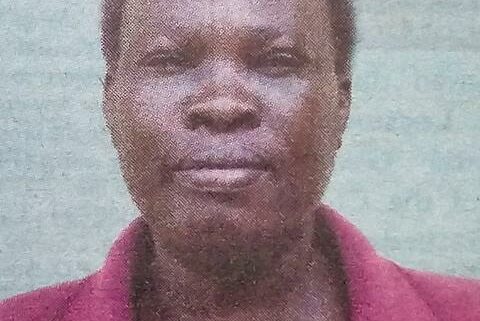 It is with profound sadness and acceptance of God’s will that we announce the passing on of Grace Bochaberi Kauria, on the early morning of Friday, 21st October 2022 at Reale Hospital, after a long and bravely fought battle with illness.

Loving wife to Willy Kipchirchir Kauria of Anyone Auctioneers and a dedicated and caring Mother to Benson Ngeno, Cliff Chirchir, Sam Kauria and Robert Kiprop. Mother-in-law to Warucu Kariuki, Mildred Obade and Gertrude Chelang’at. Grandmother to Nicole, Jaden and Grace-Nakia.

Family & friends are meeting daily at her home in Ndonyongaria Village for prayers and fund collections. Main fundraising will be held on Friday, 28th October 2022 at the family home in Eldoret from 2.00pm. You can send your support to Benson: 0724515265.

The cortege will leave Racecourse Hospital Mortuary, Eldoret on 30th October 2022 and she’ll be laid to rest on 31st-October 2022 at her home in Ndonyongaria Village, Nandi County.