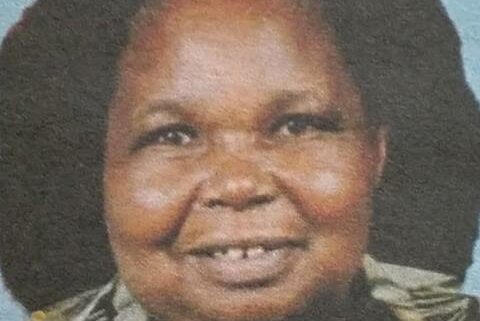 It is with deep sorrow and humble acceptance of God’s will that we announce the death of our beloved Mum, Sister, Grandmother, Great-Grandmother, Aunt and Friend Grace Nyambura Gatimu.

She was wife to the late Daniel Gatimu Ngere. Mother to Stephen and Sylvia Ngere, Susan and Andrew Kimani, David and Gladys Kinyanjui, Hannah and David Ndungu, John and Beatrice Mburu and James and Carolyne Njenga.

Relatives and friends are meeting at her residence in Ngecha Village, near YMCA everyday at 4:30 p.m. for prayers and funeral arrangements.

The cortege will leave Montezuma Funeral Home (Raila Odinga Way) at 8:30a.m. on Thursday 22nd December, 2022. The funeral service will start at 11:00 a.m. at Ngecha Primary School grounds. Burial will be held at her farm at Kahiti thereafter.

May her soul rest in eternal peace.