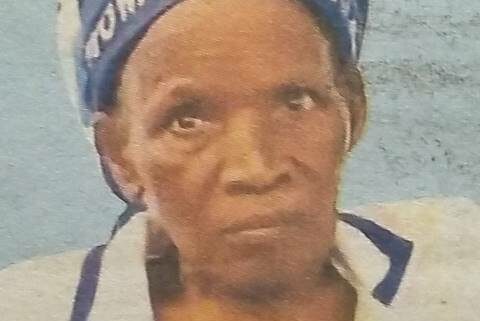 It is with deep sorrow that we mourn the sudden death of Grace Wanjiru Ndung’u which occurred on 26th December, 2022 at Murang’a Level 5 Hospital.

Family and friends are meeting daily for prayers and funeral arrangements at her home in Ndathi at Dr. Njihia’s residence in Kiharu estate, Murang’a as from 3.00pm.

The cortege will leave Jamii Funeral Home- Karatina on 4th January, 2023 at 8.00am for funeral service and burial at her home at Ndathi.

John 11:25-26 —Jesus said to her, “I am the resurrection and the life. He who believes in Me, though he may die, he shall live. And whoever lives and believes in Me shall never die. Do you believe this?”