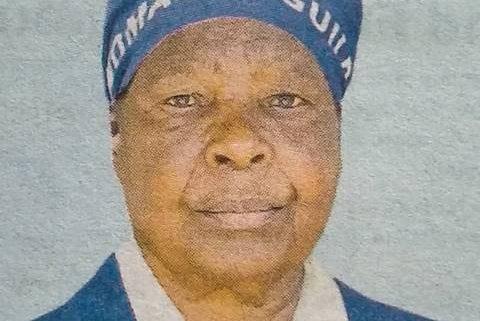 It is with humble acceptance of God’s will that we announce the passing on of Hannah Nyokabi Kamau after a sickness bravely borne.

There are ongoing funeral arrangements meetings daily at her home in Mutuya-ini Village. There will also be a meeting on Wednesday, 06/07/2022 at the Gachara’s residence at Muthaiga North.

Her cortege leaves Kenyatta Referral Funeral Home on 08/07/2022 at 8.00am, for a burial service at Mutuya-ini Village, Ikinu Sub-Location.

2nd Timothy 4:7 – “I have fought the good fight, I have finished the race, I have kept the Faith”.