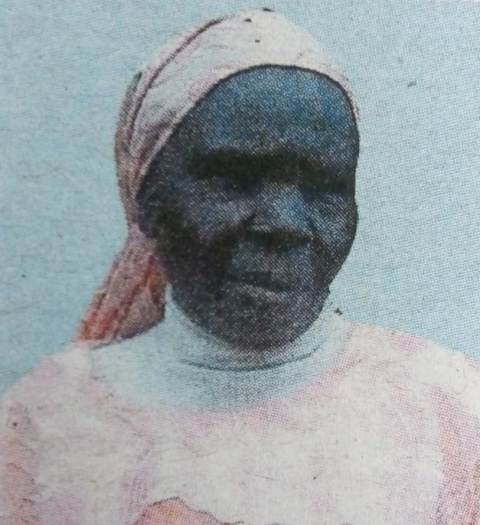 It is with humble acceptance of God’s will that we announce the death of Hannah Wanjiru Horo that occurred on Thursday 12th July 2018.

Family and friends are meeting daily at her Githembe, Kambaa home for prayers and funeral arrangements from 5p.m.

The cortege leaves Uplands Funeral Home on Thursday 19th July 2018 at 9.00a.m for requiem mass from 12.00 noon at St. Joseph the Worker Catholic Parish, Kereita. Followed by the burial at her home Githembe, Kambaa, Kiambu County.

May God rest her soul in eternal peace. Amen.