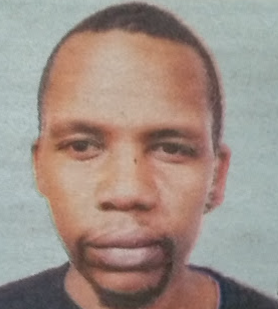 It is with deep sorrow that we announce the death of Harrison Kariuki Muchoki, that occurred on 6th March, 2022.

Uncle to Aviella Zara Wangui and many more. Nephew to Rosemary Gathogo and Mercy Gathogo and a cousin to many.

Family and friends are meeting daily at the family home in Matasia, Tasya Mart from 3:00pm.

The cortege will leave Umash Funeral Home, on Tuesday, 15th March, 2022 for the funeral service in their Matasia family home, Ngong’.

It is God who gives and God who takes away. May His name be praised.