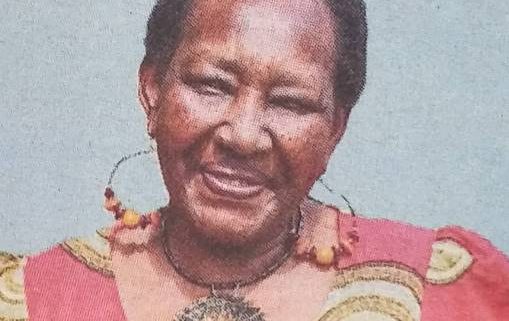 It is with the humble acceptance of God’s will that we announce the passing on of Helen Wanjiru Nderi, daughter, mother, grandmother, sister, and friend.

Family and Friends are meeting for prayers at the family home, Kanoga Farm, in Nyeri town from 4:30pm and at All Saints Cathedral Nairobi at 5.00pm on Wednesday, 15th June, 2022.

The funeral service will take place on Friday, 17th June, 2022, starting at 10:30am at the family home in Kanoga, Nyeri County.

Philippians 4:4 Rejoice in the Lord Always and I will say it again Rejoice!