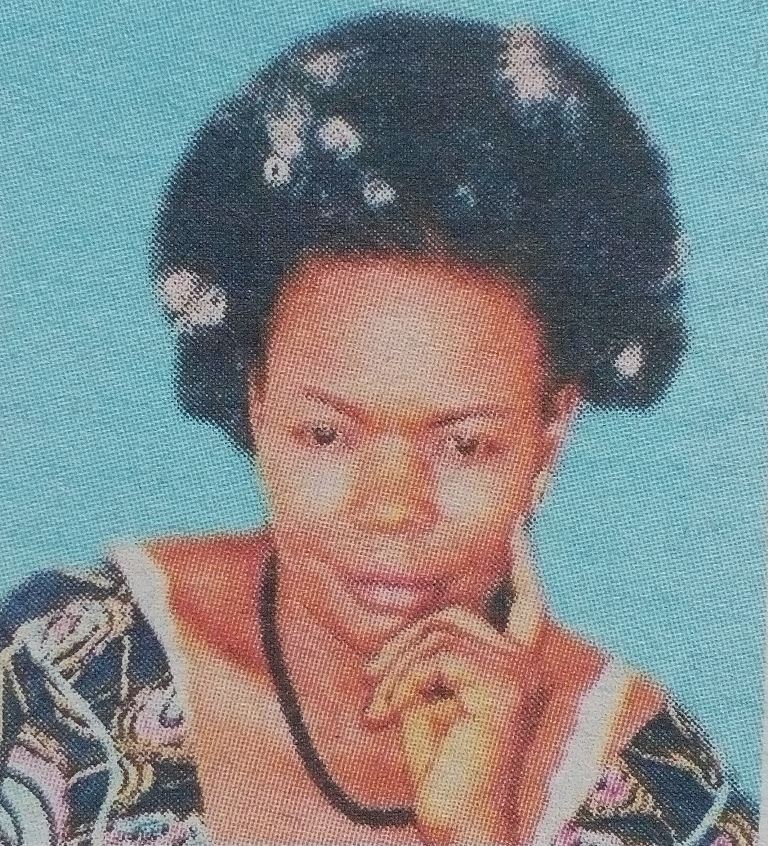 We regret to announce the death of Hellen Mbigura Owino formally of KRA which occurred on 21/07/2017 in Lagos Nigeria. The body is at Montezuma funeral home.

Wife of the late David Juma Owino of Kisumu Nyahera. Daughter of the late Kepha Kinara and Mama Margret Kinara of Nyangori. Mother of Ben, Kepha and Elizabeth. Sister of James,Terry, Stephen, Liz, David, Edward, the late Eunice and Ann. Sister-in-law of Owiyo, Gideon, Chalton, Joshua, Mary, Ebby, and cousin of Pamela among others. Grand mother of the late Troy, Leon and Mike. Anty of Yvonne, Dorothy,Val, Keffa, Lucky among others.

The cortege leaves Monterzuma on Thursday 3rd August 2017 for a night vigil at her Rongai residence. Burial is on Saturday 5th August 2017 at Nyahera.

Mummy, you fought the good fight, finished the race and kept the faith. Rest in peace.