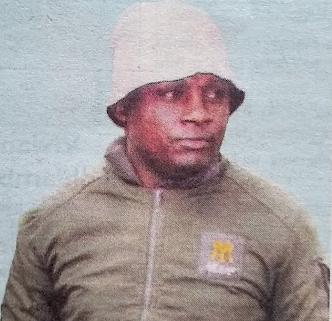 It’s with humble acceptance of Gods will that we announce the promotion to glory of our beloved Henry Mwangi Wanjiku formerly of Ruiru-Juja Water and Sewerage Company (RUJWASCO) on 11th April 2022, through a tragic road accident at Kimbo Flyover, Ruiru.

Henry was a beloved son of Nelius Wanjiku Mwangi. Husband to Jacinta Waithera and Evelyne Wanjiru.

Brother to Martha Njeri Wanjiku. Brother-in-law to Francis Mungai Njeri among others. He was a cousin and uncle to many.

Funeral arrangements are being held at his mother’s home in Juja (near gate B of JKUAT) at 5.30pm.

Blessed are those who rest in the Lord. In God’s hands you rest, in our hearts you remain forever till we meet again. Amen.