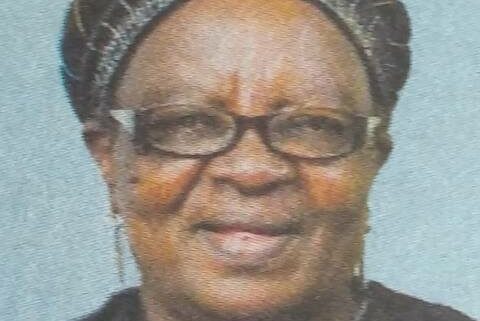 It is with humble acceptance of God’s will that we announce the passing on of Jacinta Wambui Joseph, which occurred on 17/12/2022.

Friends and family are meeting daily for prayers and funeral arrangements at her residence in Kayole, Nairobi.

The cortege will leave KNH Farewell Home on 23/12/2022 at 09.00am.Thereafter, the burial service will be held at Lang’ata Cemetery, followed by the interment on the same ground at 12 noon.