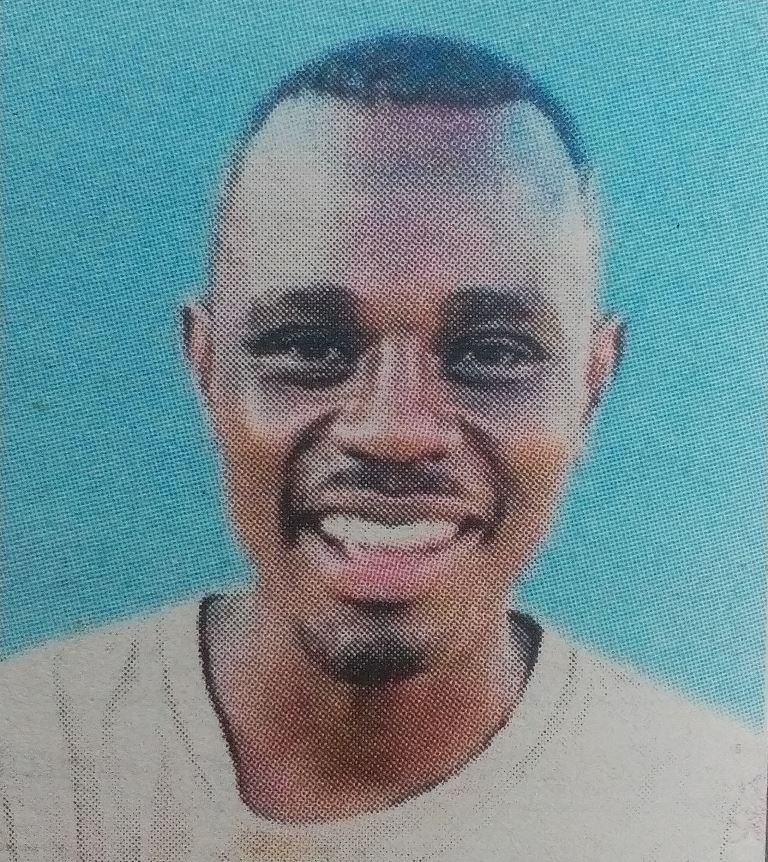 It is with untold pain that we accept the untimely calling to glory of the late Jackson Kimanzi Ngoima (Kaloki) through a fatal road accident on the 28/7/17. Only son of Ngoima Kimanzi, MCA Kitui Township Ward and Alice Kavutha.

Friends and relatives are meeting at his father’s home daily at lthookwe Village Kyangwithya West and Moonlight Restaurant Kitui for Funeral arrangements. There will be a mini fundraiser today, Tuesday, 1/8/2017 at Moonlight Hotel, Kitui town at 6pni.. The burial will be held on Wednesday, 2nd August 2017 at his ancestral home at Ithookwe Wage, Kyangwithya West Ward, Kitui County.