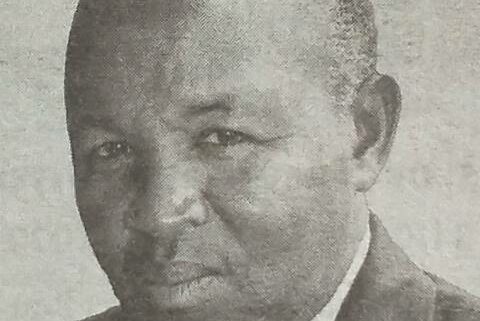 It is with humble acceptance of God’s will that we announce the death of Jackson Munywoki Mwati, a long serving employee of Kenya Shell Ltd, until his retirement in 2000, who passed away peacefully on 19th November, 2022 following a period of illness bravely borne.

Family & friends are meeting daily at his home in Kaluni village, Kitui West.

The cortege leaves Montezuma Funeral Home – Nairobi on Saturday, 26th November 2022-4‘.7.00am for a requiem Mass and burial at his home in Kaluni Village, Kauwi Ward, Kitui County.