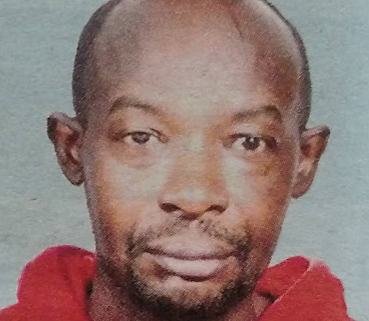 We regret to announce the death of James Kinyua Mwirigi (Jaymo), who was working with Kianthumbi Meat Supplier’s – City Market, which occurred on 2nd March 2022, while undergoing treatment at King David Hospital – Ngong’.

He is son of Joseph Mwirigi and Jecinta Njeri. Loving dad to Daniels, Ryan, Njenga and Alvin.

Family and friends are meeting at his father’s residence from 6.00pm in Kirigu Mutu-ini, Dagoretti South, near Kirigu Primary School for prayers and burial preparation.

The cortege leaves P.C.E.A – Kikuyu Mortuary on 12th March 2022 at 4.00am and thereafter burial at his father’s residence in Kiathunbi, Meru, starting from 10.00am.