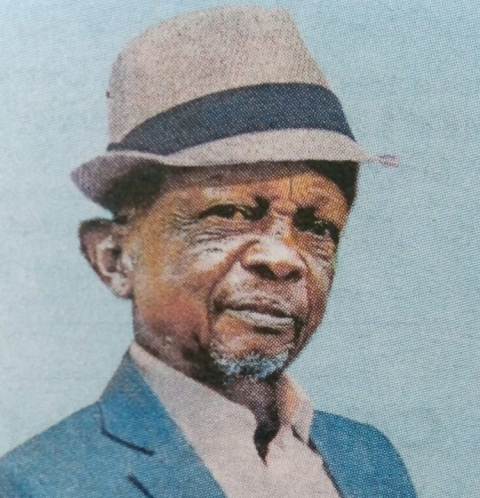 It is with deep sorrow that we announce the passing on of James Ombima Sangolo of Sango, Likuyani Sub-county, and 31st July, 2018 after an illness bravely borne.

The cortege leaves The Moi Teaching and Referral Hospital (MTRH) morgue on 11 th August 2018 for his Sango home.

There will be a requiem service on 12th August 2018 at St. Peters ACK Church at Sango.

Burial will take place at his home in Sango on Monday 13th August. 2018.

2 Timothy 4:7 “I have fought a good fight, I have finished the race. I have kept the faith.” Amen!