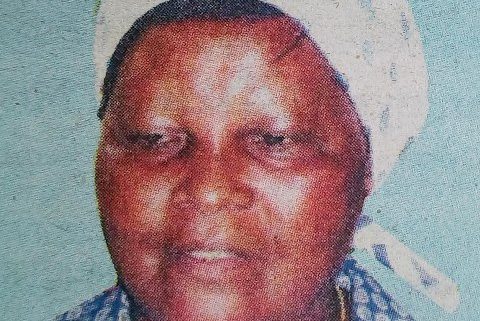 It is with great sadness that we announce the death of our beloved mother Jane Catherine Njeri Riunge after a long illness on the evening of 27th November 2019 at Trinity are Home.

Family and friends will be meeting at All Saints Cathedral Kindergarten on Tuesday 3rd December at 6pm. There are meetings as well at her brother’s home in Kigio, Gatanga in the evenings.

The cortege will leave Montezuma Monalisa Home, Thika road, at 8.30am on Thursday 5th December, 2019 for a funeral service at 10.00am which will take place at ACK Kigio Church and thereafter internment at her farm in Kigio.

I have fought the good fight, I have finished the race, I have kept the faith. 2 Timothy 4:6-8