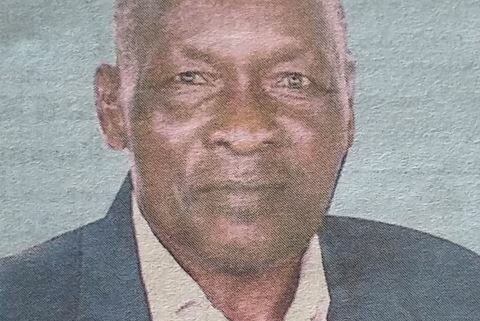 It is with profound sorrow that we, The Rege family announce the passing on of Japuonj Willis Helekiah Kabasa Rege who went to be with the Lord on 16 November 2022 at Nightingale Hospital, Kisumu.

He was son to the late Nashon Rege and the late Mama Esther Agango of West Karachuonyo, Homa Bay County.

Father-in-law to the late Wylberfoce Juma, Ben Okore, the late Fred Aoko, Dan Obonyo, Oscar Saeni and the late George Odhiambo. He has left behind several grandchildren and great-grandchildren.

He was a step son to Fibi Nyakure, Elseba Akinyi Rege and Jeniffer Rege, all deceased.

He shall be laid to rest on 1 December 2022 at his home in Kamwania Sub-location, Rachuonyo North Sub-county, Homa Bay County.

A fundraiser to help in burial arrangements shall be held at his home in Kamwania village on 29 November 2022. Pay bill Number is 8048257 account name; Senders name.