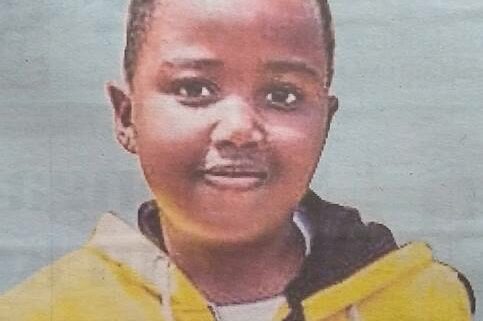 It is with deep sorrow and humble acceptance of God’s will that we announce the passing on of Jayden Mworia Mbugua, which occurred on 3rd December, 2022 after a short illness.

He was the beloved son to John Mbugua Njiriri and Jeniffer Gacheri Mworia. Jayden was a dear brother to David Njiriri Mbugua.

Family and friends are meeting at his home in Riverview Estate, along Kiambu Road for prayers and arrangements.

His body is being preserved at Lee Funeral Home.

A requiem service will be held at Ridgeways Baptist Church on Wednesday starting from 10:00am.

The burial will take place on Saturday, 10th December, 2022 at 9:00am at their home in Kitale, Cherangany.

“Those we Love never die, they live beside us everyday. In God’s hands you rest, in our hearts you remain forever.”

Rest in perfect peace our Angel.