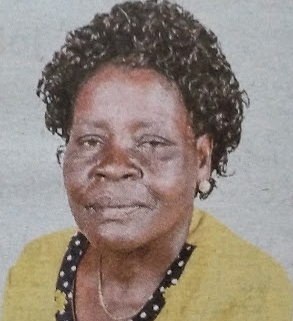 It is with humble acceptance of God’s will that we announce the death of Jenipher Lugatsiva Ligami on Tuesday, 29th March, 2022.

Daughter to the late Joel Likami and the late Elizabeth Sunguti.

Burial preparation meetings are held daily at her home in Imasaba village from 2.00pm.

There shall be a fundraising on Thursday, 7th April, 2022 at same venue.

The funeral service and burial will be held on Saturday, 9th April, 2022 at her home in Imasaba Ichina.

ECC. 7:8 – Better is the end of a thing than the beginning thereof. Rest in peace mum.