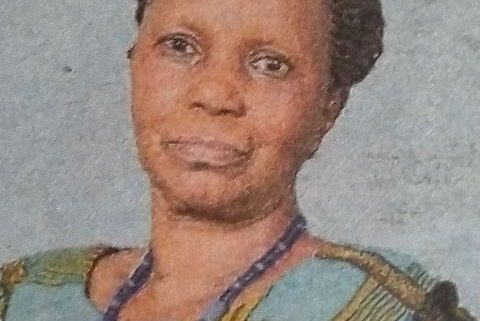 It is with deep sorrow that we announce the passing of Jennifer Waruinu Kamau, which occurred on 27th September, 2022 after a short illness.

Daughter of the late Elisha Githinji and the late Joyce Wangari. Daughter-in-law of late James Ngirigwa and the late Pherishina Ngoiri.

Beloved and loved aunty to the Mukinyis and Elisha Family and a beloved friend to many.

Family and friends are meeting at All Saints Cathedral on Thursday 29th and Friday 30th September, 2022 from 5.30pm.

The cortege leaves Montezuma Funeral Home (Mbagathi Road) at 7.00am for a memorial service at All Saints Cathedral on Thursday 06th October, 2022 at 8.00am. Thereafter the funeral service and burial will take place at Ng’ethu, Mariira Village, Kangari Location, Kigumo Sub-county, Muranga County.

“Blessed are those who die in the Lord for they will rest from their hard work and their good deeds will follow them.” — Revelations 14:13