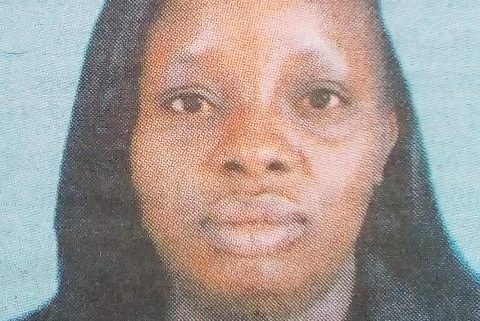 It is with great sadness and humble acceptance of God’s will that we announce the death of Joan NamwenyaWekesa which occurred on 4th June 2019. Until her untimely demise she was a judiciary staff at Eldoret Law Courts.

The cortege will leave Eldoret Hospital Mortuary on 13th June 2019 for a requiem service at Eldoret High Court.

In God’s, hands you rest, in our hearts you remain forever.