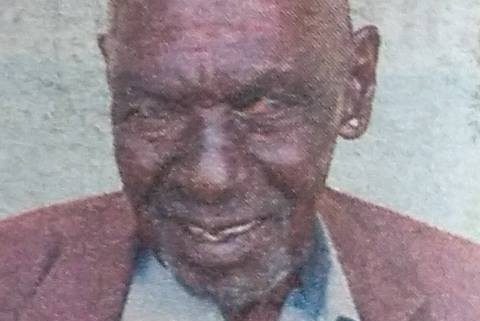 It’s with God’s grace we announce the death of Mr Job Mutava Mbai which occurred on Monday, 10/10/2022, peacefully in his home at the age of 103. He was born in 1919 to Mbai Nzuma and Ndinda Kiviu in Kiteta Location in Makueni County. Some years later he relocated to Wamunyu in Machakos County.

His body is resting in Machakos Funeral Home. He will be buried on 21/10/2022 at tunduimuni village, Wamunyu, Mwala Sub-County. Departure from the Morgue shall be 8.00am.