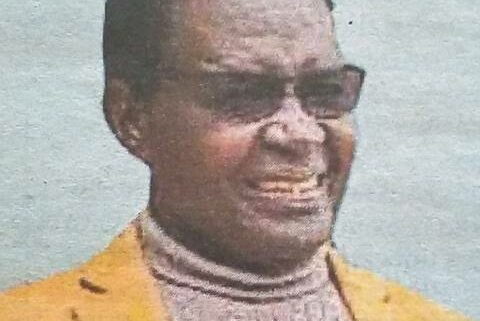 It is with deep sorrow and acceptance of God’s will that we announce the passing on of John Karina Muchai (Former Mayor – Murang’a).

Family and friends are meeting daily at Murang’a Courtyard Hotel and his home in Sports Estate – Murang’a.

The cortege leaves Montezuma – Kabati on Saturday 12th November, 2022 at 8.00am for a burial service at ACK St. James Cathedral – Murang’a from 10:00am. He will later be laid to rest at his farm in Kandundu Village, Murang‘a.

`Absent from the body, present with the Lord.’ (2nd Corinthians 5:8)