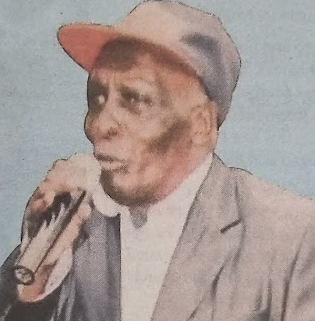 It is with humble acceptance of God’s will that we announce the passing on of Mr. John Kiondo Gitehi (Fundi) of Gataka village, Githunguri Sub County, Kiambu County, which occurred on 22nd April, 2022.

Father-in-law to John Nderitu of Karajee Limuru among others.

The cortege leaves Nazareth hospital Mortuary on Friday, 29th April, 2022 at 9.00am for a funeral service at Gataka Primary School at 11am and burial thereafter at his Farm in Gataka Village Kiambu County.

Friends and relatives are meeting daily at 4pm for prayers and funeral arrangements at his Home in Gataka Village.

“You will be deeply missed by the larger Kiondo Family. Rest in Peace friend. Until we meet again. Rest with the Angels”.