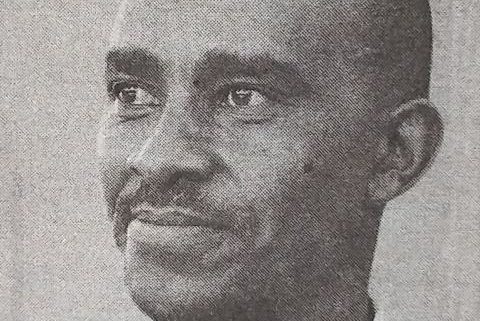 It is with deep sorrow that we announce the untimely passing on of Mr. John Njoroge Kariuki that occurred on Monday, 29th of August 2022 at KNH after a road accident.

Son of the late Peter Kariuki Githehu and the late Rahel Wanjunu Kariuki of Mang’u, Kawira village and son-in-Law to Mr. Moses Wamae and the late Esther Wanjira Wamae.

Friends and relatives are meeting daily for prayers and funeral arrangement at his residence in Kahawa Sukari, Isiolo road from 6:00pm.

The cortege will leave KU Referral Hospital on Thursday, 8th September 2022 at 8:00am. Funeral service and burial will take place at the family home in Mang’u Location, Gatukuyu Sub-Location, Kawira Village from 10:00am.

The Lord gave and the Lord has taken away; may the name of the Lord be praised – Job 1:21

In God’s arms you rest and in our hearts you remain forever.