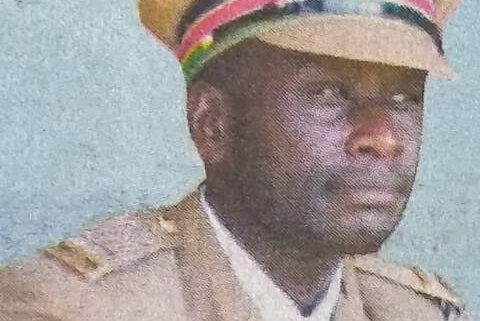 It is with humble acceptance of God’s will that we announce the passing on of Mr. John Oile Osamiat of the Ministry of Interior and National Administration, which occurred on 2nd December, 2022 at Moi Teaching and Referral Hospital – Eldoret. Until his untimely demise, the late was serving as an Assistant County Commissioner in Kapsabet, Nandi Central Sub-County Headquarters, Nandi County.

2nd Timothy 4:7 “I have fought the good fight, I have finished the race, 1 have kept the faith.”

Rest in Eternal Peace, until we meet again, John.