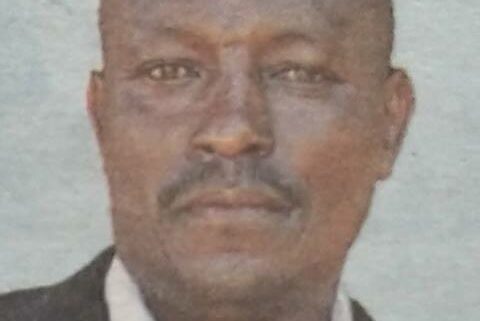 It is with humble acceptance of God’s will that we announce the death of Jonathan Matheka Muthama (Engineer) of Muumandu Kalanzoni, on 27th October, 2022 at Kenyatta National Hospital, following a road accident.

Son of the late Jones and Ruth Muthama. Beloved husband to Anastacia Matheka. Loving father to Kennedy, Gladys, Stellah. Diana, Cynthia. Son-in-law to the late Gideon and Alice Kilimu. Father-in-law to Wycliffe and Steve. Grandfather to Eve and Hadassah.

Brother to Agnes, Christine, Richard, Jennifer, Jossy, the late Fredrick and Janet. In-law to the Owitis and the Nyamai’s.

The cortege leaves Montezuma Monalisa Funeral Home on 5th November, 2022 for a funeral and burial service at his home in Muumandu, Lumbwa, Kalanzoni, Makueni County.

2nd Timothy 4:7 —”I have fought the good fight, I have finished the race, I have kept the faith.”