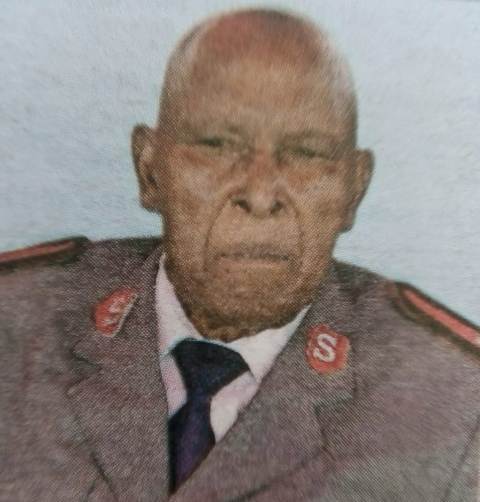 It is with humble acceptance of God’s will that we announce the death of Rtd Major Jonathan Ngie Mutheke of the Salvation Army from Muti Village, Mavoloni.

The cortege leaves Montezuma Funeral Home along Mbagathi on Saturday the 28th of July at 7 am to Huts Village, Mavoloni.

Family and relatives are meeting at the All saints Cathedral from Tuesday the 24th through to Thursday the 26th of July from 5.30pm.

Job 1:21 -The Lord gave, and the Lord hath taken away; blessed be the name of the Lord.