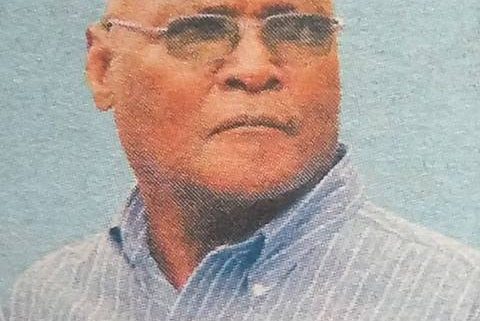 It is with deep sorrow and humble acceptance of God’s will that we announce the demise of Joseph Bildad Gachau, formerly of Immigration Department, Nairobi, which occurred on 4th July, 2022 at Kenyatta National Hospital.

Loving grandfather to Jada, Nuria, Tamika,Tariki, Nangai and Te’ne. Loving cousin, uncle and friend to many.

Family and friends are meeting daily at his Ruai residence.

“In God’s hands you rest but in our hearts you remain forever.”

JB, May your soul rest in peace. Amen.