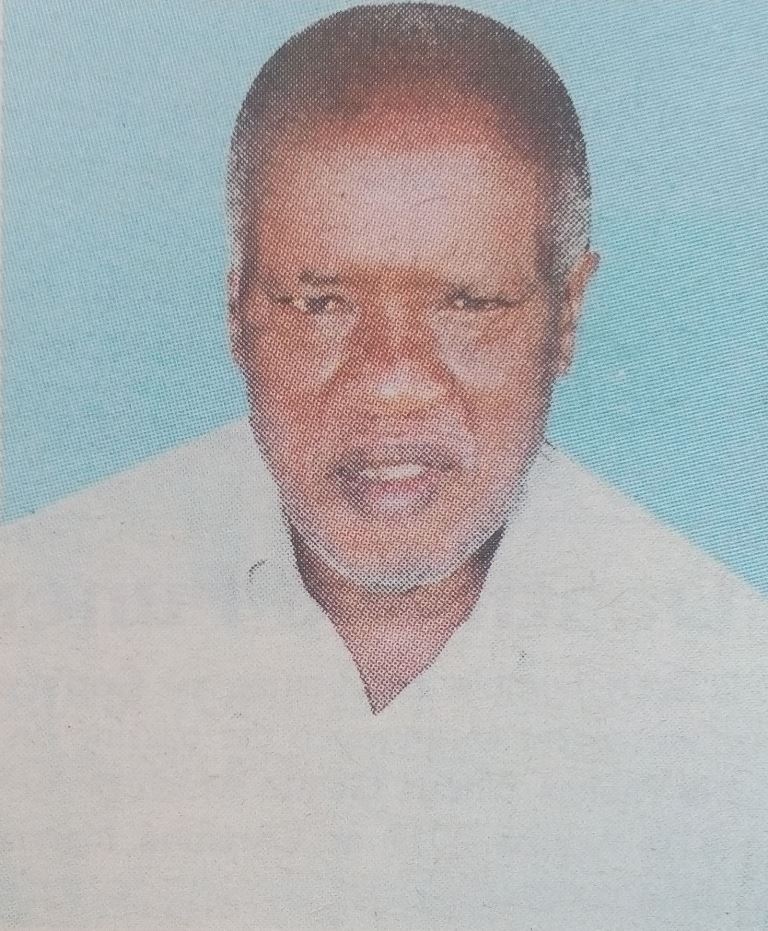 It is with humble acceptance of God’s will that we announce the passing on of Joseph Macharia Kariuki of Kiinu Village, Chinga Location, Othaya which occurred on 3rd September 2017.

Family and friends are meeting daily at Holy Family Basilica (Sr Irene Nyatha Hall) from 6.00pm 6th to 8th September 2017 and at the family home Hamza, Makadara for prayers and funeral arrangements.

The cortege leaves Kenyatta University Funeral Home on Saturday 10th September 2017 at 7.00am followed by funeral service and burial at his home Kiinu Village, Chinga Location, Othaya at 11.00am.

In God’s hands you rest, in our hearts you remain forever.”